Did you know that New Bern North Carolina was the birth place of Pepsi Cola?   I did not.  On my trip to New Bern I had the pleasure of visiting The Pepsi Store.
(Note: In italics you will find quotes from various sites about Pepsi) 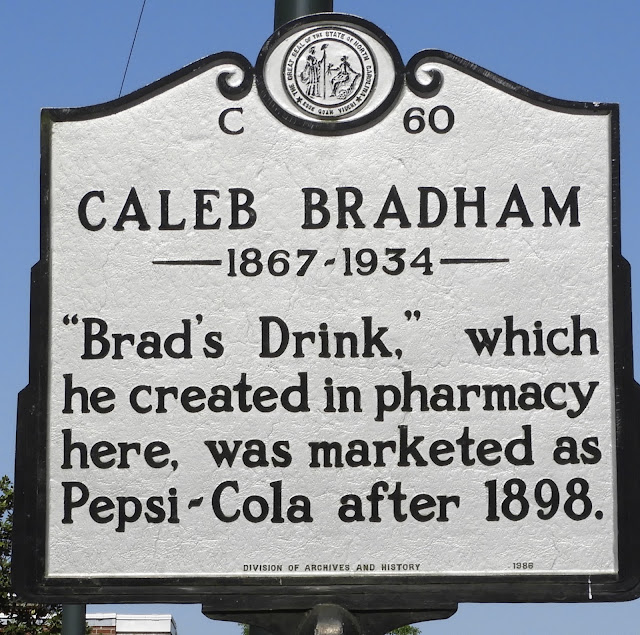 "On August 28, 1898, Bradham renamed his drink “Pepsi-Cola." He believed the drink was more than a refreshment but a “healthy” cola, aiding in digestion, getting its roots from the word dyspepsia, meaning indigestion."
The Pepsi Store Website
The store has a nice bar area when you can enjoy a Pepsi beverage.... 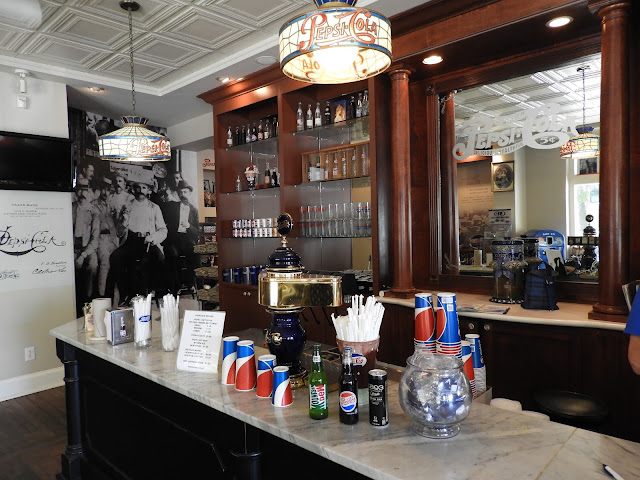 1906 - Pepsi gets another logo change, the third in eight years. The modified script logo is created with the slogan, "The Original Pure Food Drink."
The Pepsi Store Website 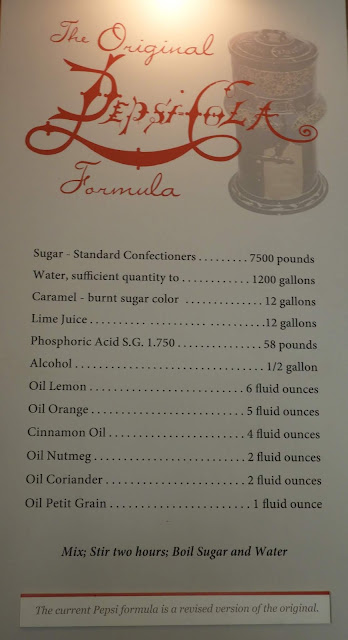 "Mountain Dew (stylized as Mtn Dew) is a carbonated soft drink brand produced and owned by PepsiCo. The original formula was invented in 1940...
Wikipedia
I remember as a kid that you either liked Pepsi or Coke.  There was no in-between.  A bit like your favorite team being Duke or UNC, there was no compromise. I remember people arguing about which was the better soft drink.

Personally, I was a Pepsi fan.  I could drink Coke, but Pepsi was my favorite.
Mountain Dew was another story.  I remember learning to like it.  When I first tasted Mountain Dew, I was not a fan, but I slowly developed a taste for it.  Mountain Dew was one of my Dad's favorite soft drinks. 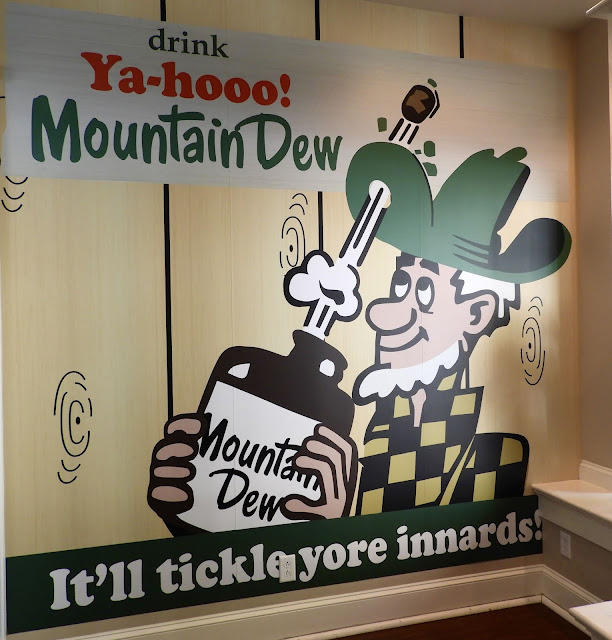 "One of Mack’s big ideas for advertising Pepsi- Cola was to use Popeye. Instead of eating spinach for his strength, Popeye would drink Pepsi-Cola. The asking price for the rights to use Popeye was more than Pepsi-Cola could afford. Instead, they came up with Pepsi and Pete, the Pepsi-Cola cops. Pepsi and Pete ran in the Sun- day comics from 1939 to 1951."
The Pepis-Cola Story

I don't remember Pepsi and Pete.  Then as I read the history of this comedic advertising, I realized it aired from 1939-1951.  It was a bit before my time. 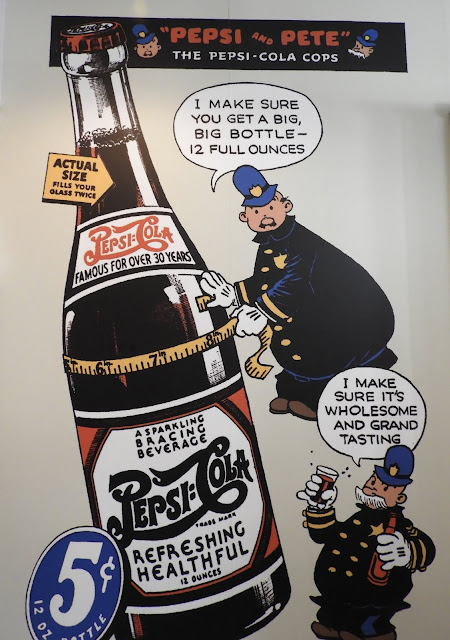 If you find yourself in New Bern take some time to visit the Pepsi Store.  You can
learn about the history of Pepsi and enjoy a drink at the bar.
Happy Travels and Adventures!
KathieyV
Email Post
Labels: #ExploringNCwithKathieyV #NC #NewBern #NorthCarolina #Pepsi #Travel #Travelnc