I wanted to take a walking tour while in New Bern and one tour that piqued my interest was "New Bern Area Bear Town Bears".  There are over 50 bears in the to be found in the New Bern area, I decided to search for the "Downtown Bear Town Bears."

Why are there bears in New Bern you may ask?  Here is a quote from the brochure that explains everything.
"New Bern was settled in 1710 by Swiss and Palatine German immigrants led by Baron Christoph DeGraffenried. The new colonists named the settlement Bern, the capital of Switzerland and hometown of their leader.

Many years before New Bern was settled, Bern, Switzerland was founded by a group of hunters who named the city after the first animal they came upon on their hunting expedition ... A bear.  "Bern" is the old Germanic word for bear and the bear came to be the symbol of the city."

After enjoying a delicious breakfast at the Aerie Bed and Breakfast I headed out map and camera in hand in search of a few bears.  It did not take me long to find my first bear. 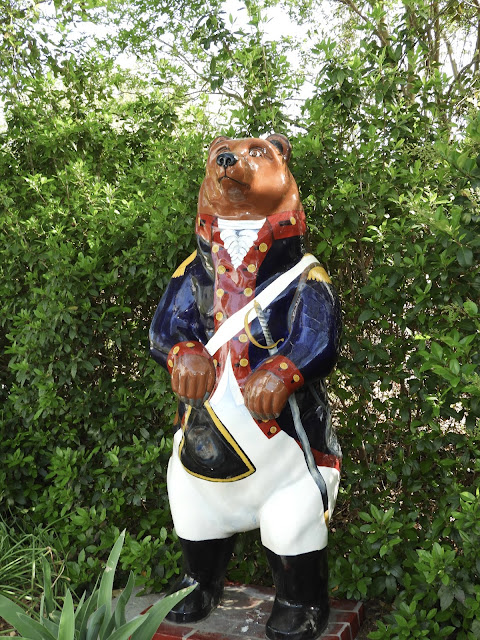 "New Bern celebrated its 300th Anniversary in 2010 by hosting a variety of festivities.  In honor of the anniversary, over 50 fiberglass, ceramic bears, sponsored and adopted by local businesses, we situated throughout the city."
New Bern Bears 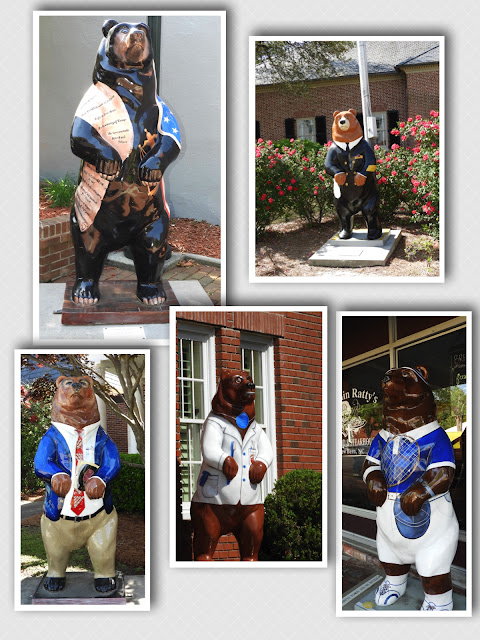 How I understand the process is that local businesses sponsor and adopt a bear.  It takes about a year to complete the process. 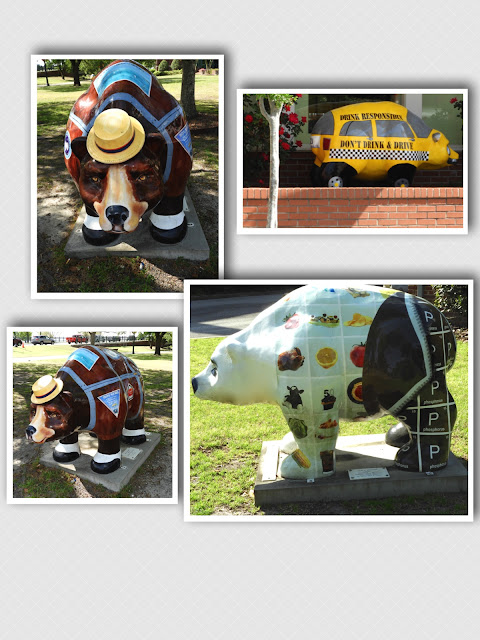 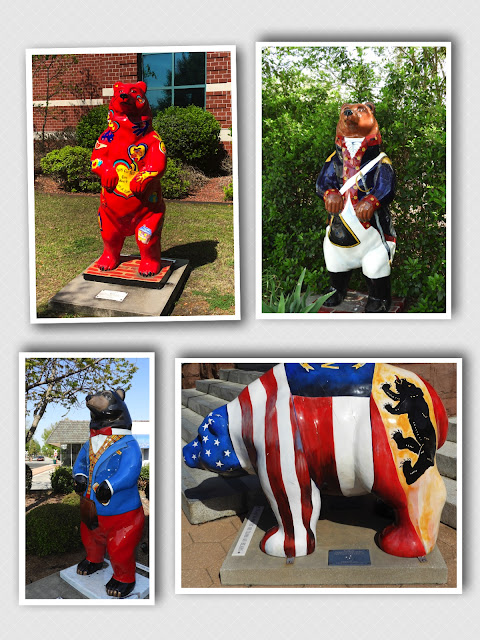 This guy looks a bit snooty but I see kindness in those eyes:-) 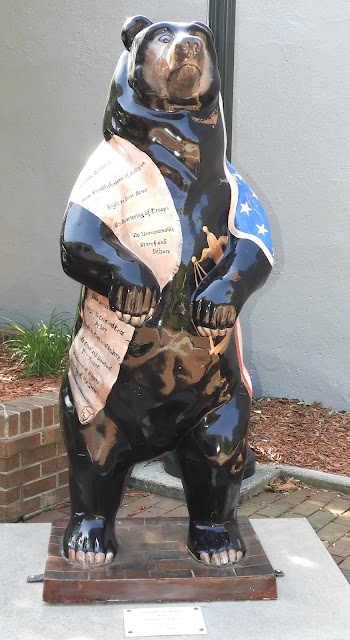 I did not see all the Downtown Bear Town Bears, but I found several.  What a great day it was, walking down the beautiful streets of New Bern searching for bears.


If you find yourself in New Bern, keep your eyes open for the Bears!
Happy Travels and Adventures,
KathieyV:-)