I have lived in North Carolina since the early '90s.  I had heard of Lake Lure but have not taken the time to visit until now.  I don't know why I waited so long.  It is beautiful. I will share some of my photos and some tidbits I found online...

A bit of history....
In 1925, the Morse family created Carolina Mountain Power Company and funded the construction of a dam on the Broad River (through a mortgage) which produced the lake after which the town is named. The full impoundment of Lake Lure was completed in 1927.
Wikipedia 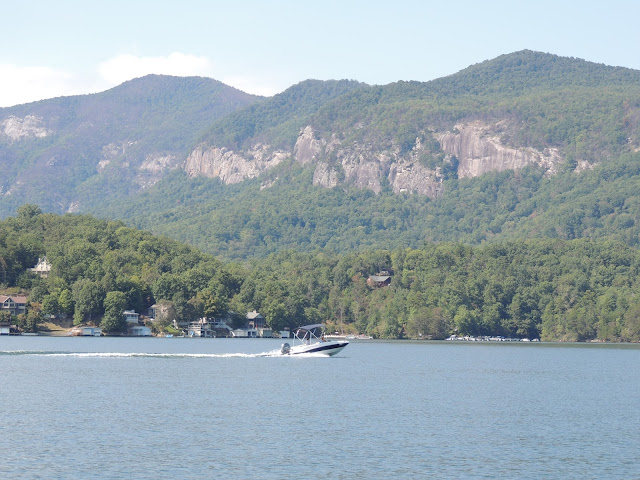 I decided the best way to see the lake was to venture out onto the lake.  You can take a pontoon boat ride with Lake Lure Tours, and that is just what I decide to do.  It takes about an hour, and you have a lovely cruise on the lake and learn a bit about Lake Lure and its history. 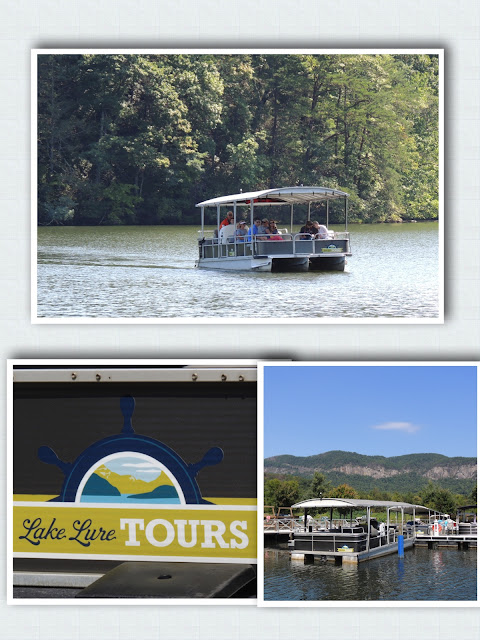 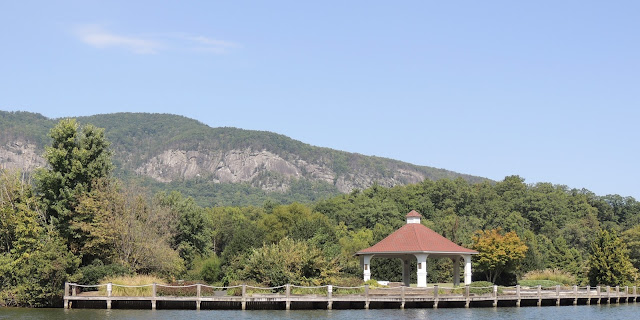 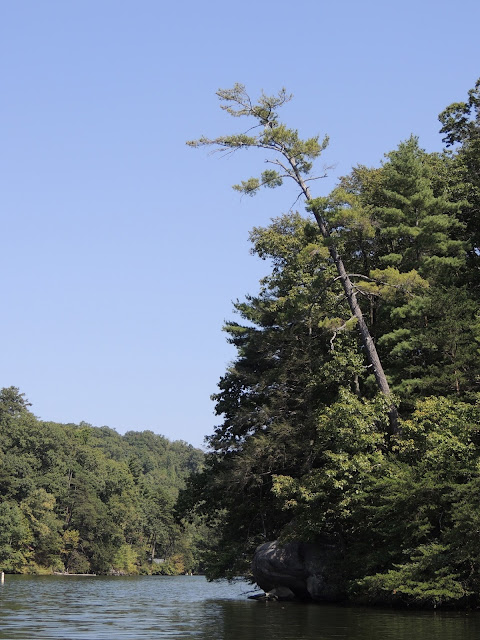 There are houses of all shapes and sizes on the lake. 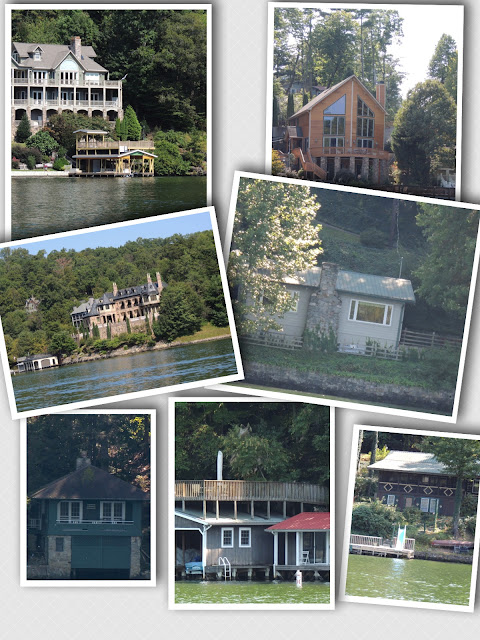 Lovely views from the pontoon boat... 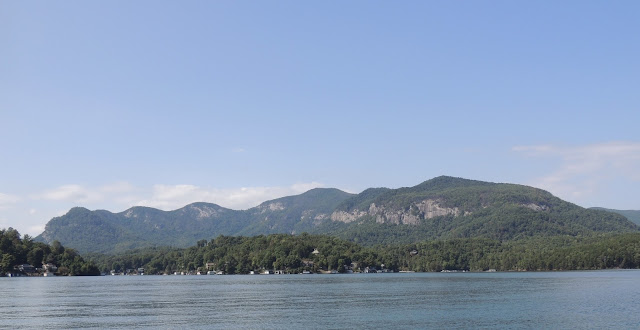 The Lake Lure area has been used several times as a filming location, beginning with Thunder Road (1958). Other movies that include scenes filmed in or near Lake Lure are A Breed Apart (1984), Firestarter (1984), Dirty Dancing (1987), and My Fellow Americans (1996). Scenes in the film The Last of the Mohicans (1992), including the final 17 minutes, were filmed at nearby Chimney Rock and Hickory Nut Gorge and also the film Careful What You Wish For was filmed here as well. 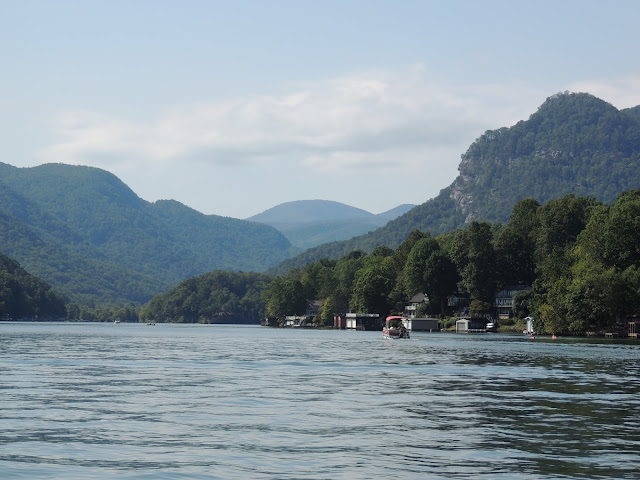 Interesting boat...I think it is some sort of dredger.  I had to take a photo and play a bit in photoshop. 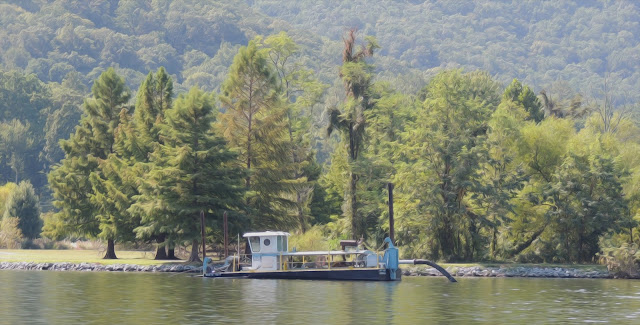 Another point of interest...There is a town under the lake.  Yes, a town.  It was called Buffalo...
Here is a quote from Hickory Nut Gorge Hikes
“When construction of the dam was complete, Buffalo was flooded. Most of the houses and buildings were removed before the flooding, but a few still remain under the lake today. The town name came from the homesteaders who lived in the valley, they would look up at the mountains and the first mountain range they saw was that in the shape of a buffalo."
"There was a complete relocation of an entire community known as Whiteside Valley, all homes, the Whiteside Valley Church and Cemetery and; the Ledbetter Store. Whiteside Valley Church was organized July 7, 1892."
I spoke with a lady that I met on my trip.  She said that the town was flooded and remains intact under the water.  The tour guide on the pontoon boat ride said that the entire town was burned prior to the flooding of the town.  So I don't really know the correct version of the story.

If you get a chance to visit Lake Lure, don't miss the opportunity.  One of the locals told me the best time to visit is in the fall when the leaves change. It is the peak of the tourist season and the most beautiful according to my new friend.  My visit was in September, and it was lovely then I can only imagine the beauty during the colorful fall leaf season.
Happy Travels and Adventures
KathieyV