Morning Motivation A Spiritual Short Story. "The Carrot The Egg The Coffee" Which Are You?

I found this short story on a site called Spiritual Short Stories. The title of the story and the author are unknown.  As I read the story,  I thought of myself and the many others that have experienced pain and despair caused by an unwanted and unnecessary divorce. 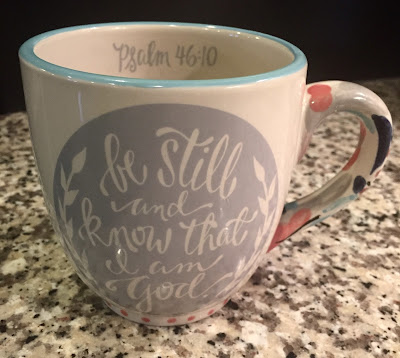 The Story
A young woman went to her grandmother and told her about her life and how things were so hard for her. She did not know how she was going to make it and wanted to give up. She was tired of fighting and struggling. It seemed as one problem was solved, a new one would pop up.
Her grandmother took her to the kitchen. She filled three pots with water and placed each on a high fire, and soon the pots came to boil. In the first pot she placed carrots, in the second she placed eggs, and in the last she placed ground coffee beans. She let them sit and boil; without saying a word. In about twenty minutes she turned off the burners. She fished the carrots out and placed them in a bowl. She pulled the eggs out and placed them in a bowl. Then she ladled the coffee out and placed it in a bowl.
Turning to her granddaughter, she asked, “Tell me what you see.”
“Carrots, eggs, and coffee,” she replied. Her grandmother brought her closer and asked her to feel the carrots. She did and noted that they were soft. The grandmother then asked the granddaughter to take an egg and break it. After pulling off the shell, she observed the hard boiled egg. Finally, the grandmother asked the granddaughter to sip the coffee. The granddaughter smiled as she tasted its rich aroma then asked,
“What does it mean, grandmother?”
Her grandmother explained that each of these objects had faced the same adversity: boiling water. Each reacted differently. The carrot went in strong, hard, and unrelenting. However, after being subjected to the boiling water, it softened and became weak. The egg had been fragile. Its thin outer shell had protected its liquid interior, but after sitting through the boiling water, its inside became hardened. The ground coffee beans were unique, however. After they were in the boiling water, they had changed the water.
“Which are you?” she asked her granddaughter.
My View on the Story
So, which am I?  Initially, I was the carrot.  I was so hurt and confused that I wanted to give up.  I thought life was not worth living; the pain was too intense.

I can see how you could become hardened like the egg.  You harden yourself to protect yourself.  I also know how you could easily become bitter.  I may have built a few walls, and I do distance myself from the one who caused me and my family damage but I am not bitter, and I fight hard not to be.

I would love to be like coffee.  I am not thankful for the pain, but I am glad that I am in a better place.  My marriage was such a lie, but I did not see it until I was in a position to look from afar.  I now am in a place of peace not of turmoil, I am in a position to help others, and I have a family that I love and enjoy.


Dear Lord help me to rely on your strength and not grow weak.  Help me to be wise but not bitter.  Lord help me to be like "coffee" and to change the things around me for the best.
Thank you, God,
KathieyV
How do you see yourself.  Are you the carrot, the egg, or the coffee or a combination of the three?
Email Post
Labels: #Divorce #DivorceRecovery #Faith #kathieyvwriter #mystorymydivorcegod'spromise #separation #Thebeginningthejourneythejoy