My Visit to Tryon Palace in New Bern NC 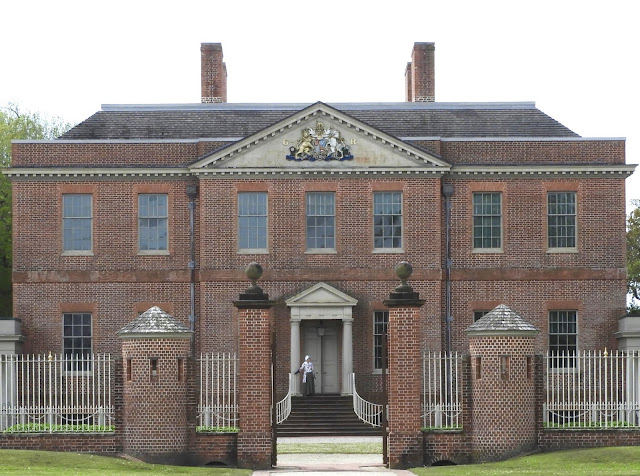 I was so excited to be in New Bern NC.  First on my list of places to see, Tryon Palace.
Here is a quote from their website...Royal Governor William Tryon and his family brought architect John Hawks from London to design and build the Georgian-style structure. Completed in 1770, Tryon Palace served as the first permanent capitol of North Carolina and home to the Tryon family.  In 1798, fire destroyed the original Palace building. An extensive 30-year campaign to rebuild the Palace and restore the grounds was launched by the people of New Bern, state leaders, world craftsmen, and generous, dedicated citizens such as Mrs. James Edwin Latham. Their efforts led to the triumphal reopening of the Palace in 1959. 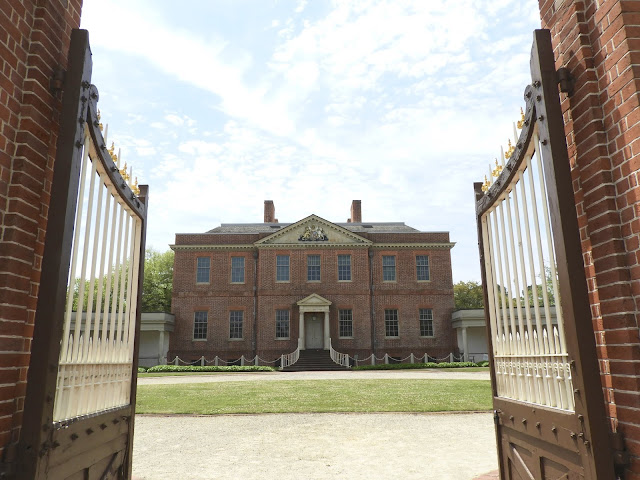 The palace architectural style was described to me as Georgian.
I was told the interior decor was the same. 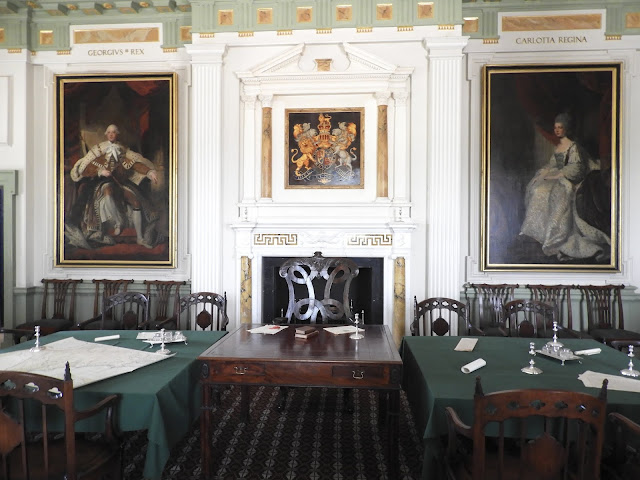 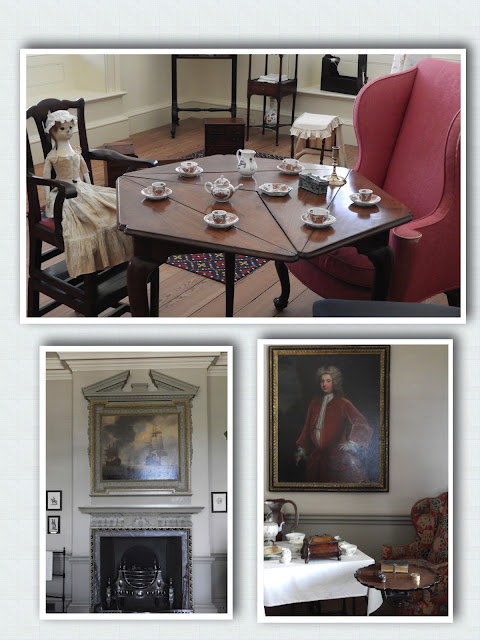 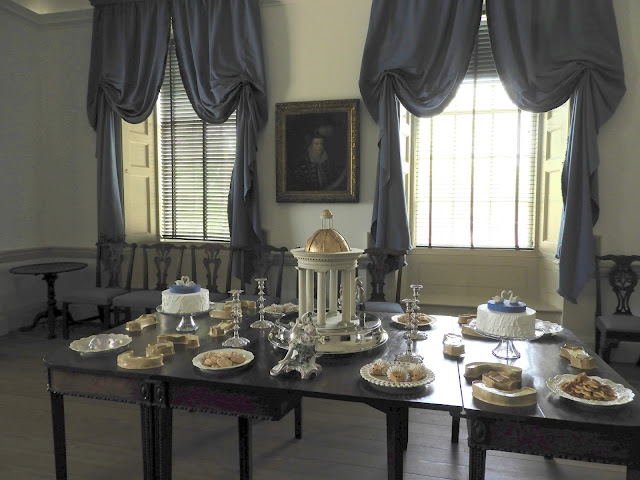 I asked what the filler was for the mattresses.  The answer was feathers.  When the weather was hot, and the feathers became too warm, they could be replaced with straw for a cooler nights sleep. 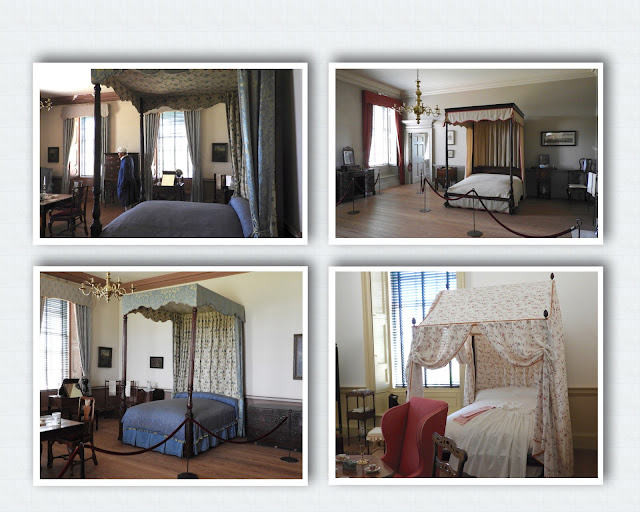 There are 16 acres of gardens and green space. 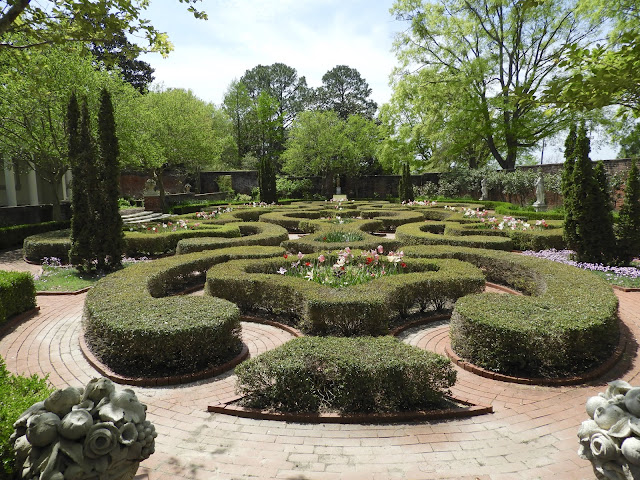 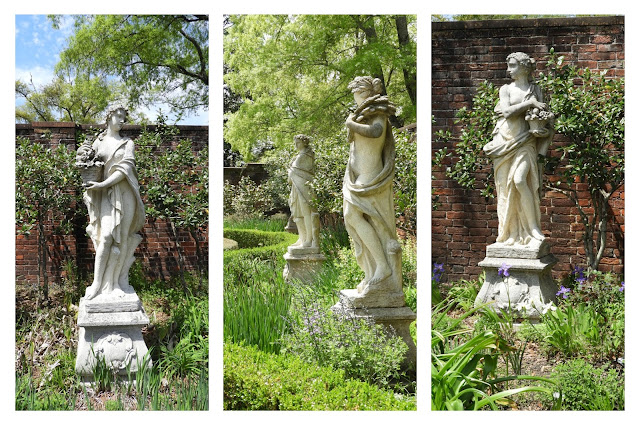 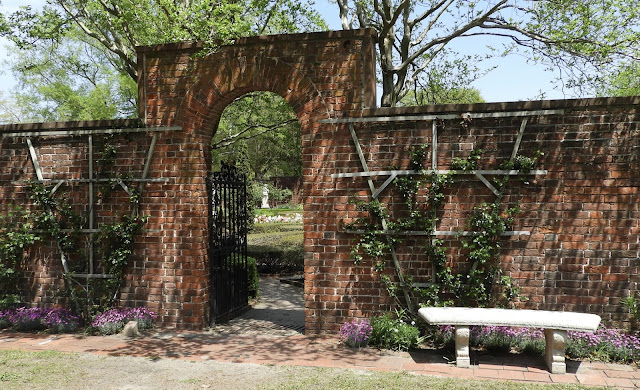 I had a lovely visit. 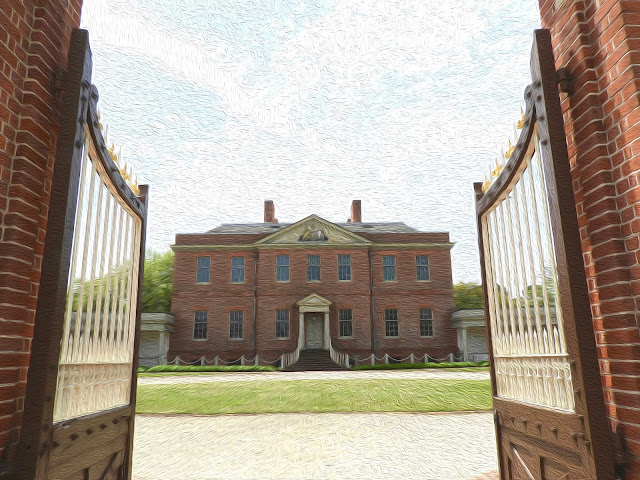 If you find yourself in New Bern NC I suggest you check out Tryon Palace.
Happy Travels and Adventures!
KathieyV